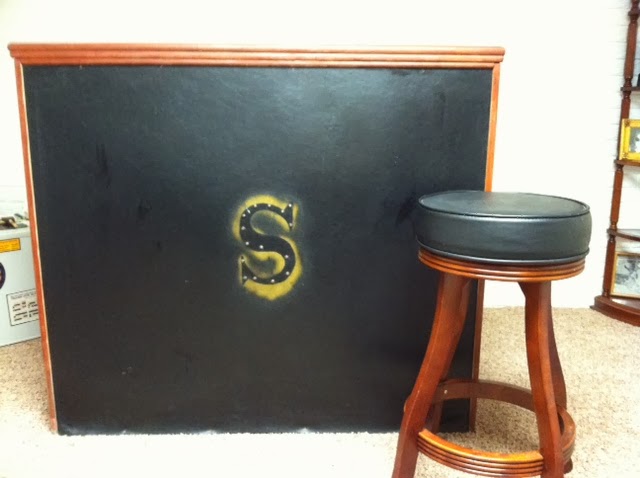 With my office closed for the day by a mountain of drifting snow and sub-zero temperatures, I grinned out my kitchen window as a plow attacked my driveway.  I’d found myself in some half-witted situations during the past several months, but selling my suburban home of twenty-one years and moving to a condo would go down as one of this year’s better decisions.

I’d been in my new place for six months. Yet, I was still waiting for the handyman, whom I’d nagged now at least four times, to realize all the shit needing to get done around here wasn’t going to fix itself—and God only knew I wouldn’t attempt any of it myself.

My idea of a do-it-yourself project included changing a light bulb (but never in a ceiling fixture), hanging and rehanging a picture until it nearly looked straight, or puzzling out the self-cleaning feature on the oven.
Recalling my bloody accident with an electric hedge-trimmer two summers ago, I knew I couldn’t be trusted with sharp tools or heavy equipment. But, one of the projects on my handyman’s forgotten to-do list was sanding and re-staining the trim on a fifty-year-old bar, built by my great-grandfather, which now sat in the finished half of my new basement.

I’d already bought sandpaper, brushes, and a couple cans of cherry stain, to save the handyman a trip to the hardware store. The Old Sherry would have waited to pay him to pretty it up. The New Sherry, far braver and a tad more stupid, shrugged and said, “How hard could this be?”

So, I talked myself out of an afternoon of Netflix and Bloody Marys, and I headed to the basement.

Within fifteen minutes, I sanded away the entire top layer of graying wood.

Buoyed by this success, I reached for a can of stain. I peeked back at the bar. My chin dropped as reality hit me. Staining inch-wide strips of wood on a piece of antique furniture seemed a somewhat intricate DIY project for someone with my limited—and by limited, I mean nonexistent—painting skills.

At the age of fifty-two, I had never painted even a single wall. In my defense, I never lived in any apartment long enough to need it, moved into my first house when I was eight months pregnant and was advised I shouldn’t, and bought my second house newly constructed and freshly painted so I didn’t have to consider it. When I bought my condo last summer, I’d run clean out of excuses so I simply put “wall touch-up” on the absent handyman’s list.

So, before re-staining the bar, I decided to take baby steps into my painting career by first touching up the walls. I rummaged through a collection of rusty cans of paint left by the previous owner and found a can of blue. I didn’t bother with a dropcloth; after all, I was only applying just a tiny brushful to a tiny number of spots.

I covered a half-dozen spots on my living room wall and then stepped back. Hmm. It looked awfully dark. But I was pretty certain I’d heard that paint lightens as it dries. Or, wait, does it darken?

Regardless, one room was finished! I perused the paint cans for beige and paused as I spied a second can of blue—a familiar, lighter shade. Very much like the color of the wall I just touched up.

I repainted the light blue living room wall with the correct color, touched-up the beige on another, and then lugged the first blue can into the guest bedroom, which was dark blue with an odd large white anomaly in the middle of one wall. I slapped on the paint, covering the huge sphere of whiteness and skillfully blending in the color. I smiled. This was actually rather fun. Why had I assumed it would be so difficult?

As I reached down to dip my brush into the paint can again, my eyes caught a sprinkling of blue paint on the tan carpet. On second glance, it appeared more of a spray than a sprinkling. On third glance, I realized I’d dripped paint all over hell.

I ran to my computer and Googled “removing paint from carpet.”  I spent two hours trying every remedy listed—vinegar, nail polish remover, WD-40—to no avail.

OK. I was totally effed. Still, I figured I probably saved myself fifty bucks doing my own paint touch-up.  How much could a new area rug cost? At worst, I’d break even, yes? And, if I managed to re-stain the bar, I’d still be way ahead.

An hour later, I’d applied a layer of stain to every bit of trim on the damn bar. Oh, I’d learned something from my afternoon mistakes, too—I was sure to lay down an old blanket as a dropcloth. Only a few drips made their way to the carpet.

And the bar? It looked fabulous! It would need a second coat, I was sure. But, I’d just learned my office would be closed again tomorrow. Plenty of time to apply that second coat and then to glow in my success.

As I stepped back to assess my work one last time, I noticed I missed a strip. I reached toward the paint can on top of the bar—and knocked it over.

Most of the can spilled before I could retrieve it. I frantically blotted up the excess and rubbed in the rest. I’d removed my drop cloth but thankfully, only a half-dozen drips made their way down to the carpet. I added buying a second area rug to my to-do list.

I told myself a quart of stain on the top of the bar shouldn’t harm much. Especially if the bar top was covered with tile. Yes, once this gooey pile of stain dried, a tile top would be my savior. I hoped my handyman could handle that job. I’d gladly pay every penny, if only he’d return my calls.

Meanwhile, I had a second snow day awaiting me. If I felt brave, maybe I’d spend it putting on that second coat of stain. Or else I’d let my handyman finish that off for me, too.

I hung my head. Surely, I must possess some type of home improvement skills.  And just then, my most potentially successful DIY projects dawned on me.

I managed to figure out how to find Netflix on my new TV remote and fixed myself a Bloody Mary.

When the most important of jobs needed to get done, I was nothing if not resourceful. And, I didn’t spill one drop.

Are you the handy type or not so much?  Who wants to stop over for a drink at my freshly stained bar? Anyone willing to replace the dead light bulbs in my laundry room ceiling?

Posted by sherry stanfa-stanley at 9:31 PM