It's not often I find myself the normal one in the crowd. Then again, this wasn't the kind of crowd I generally run with...

I knew, when "20/20" contacted me, that wedding-crashing was the topic of the segment. I can't say, however, that I was aware of the particular slant they had planned for most of the show. I bit off half my fingernails while watching the first 45 minutes.

I wish they had managed to capture the goal and the essence of The 52/52 Project, with a brief mention that wedding-crashing (with a conscience) was just one of 52 new challenges I checked off a list last year. Yet rather than proving to be a cautionary tale (it wouldn't have been my first time), I was relieved I appeared to be the moral of this story.

My national TV debut provided an unexpected and bizarre finish to my year of new adventures. I faced another huge challenge--talking in front of a camera for a national audience--with little time to plan or prepare.

When you choose to put yourself out there, it's amazing what you can do.

Maybe that's the real moral to any story.

If you don't want to watch the whole segment, skip ahead to 4:55 in the video here.
Posted by sherry stanfa-stanley at 7:48 PM 4 comments:

Going out with a Bang--and a Crash

Thank you to everyone who tuned in to "20/20" last night, especially those who endured the preceding hour of miscreants and marauders, pondering--as I did--how exactly I might fit in.

As footage continued of serial criminals, psychopaths, and dancing hamsters, I slunk down into my seat and began questioning my judgment in advertising my appearance. Because this clearly would NOT end well.

My mother murmured something about regretting that she spent the last two days calling everyone she knew: including our dentist.

When the camera suddenly opened up on a shot of me at my laptop, my mother and friends shouted in unison. I guzzled half-a-beer and waited to see how my story would play out.

Admittedly, I was perplexed there was no mention of The 52/52 Project or how my wedding-crasher escapade fit into an entire year of new personal challenges. Within that context, I think my story's angle would have proven clearer and more interesting.

But that disappointment was far outweighed by the positive slant my story was given: especially considering how the interview might have been sliced and diced. Instead of fitting me in with the rest of the cast of characters, the producers chose to give me a slightly-less-crazy, nontraditional wedding-crasher status.

The clincher appeared that, even though I'd walked in off the street to mingle with the crowd and enjoy a couple drinks, I'd brought the bride and groom a gift. (Well, of course I did. I do have a FEW social skills.) And the news correspondent's final line about my segment provided me with full redemption: "If you're going to crash, crash with class."

My national TV debut proved to be an unexpected addition to my year of new and strange adventures. While it didn't play out exactly as anticipated, the strangest and most exciting experiences seldom do. As I learned early on in The 52/52 Project: Sometimes the best plan is no plan at all.

And, as one reader pointed out, the experience allowed me to finish out my 52nd year with a bang--or should we say--a crash.

Cheers to a new year of living life.
Posted by sherry stanfa-stanley at 10:27 PM 4 comments:

The One Where They Allowed Me On National TV

Total craziness. And it started the very next morning after I posted a quote on my 52/52 Facebook page about fate--and making sure you opened the door when opportunity comes knocking. Ahem.

Quite the whirlwind experience. An editor from the show was researching a story on Monday about wedding-crashers, and she happened upon a story about my own 52/52 wedding-crashing experience, which had been published just a few days prior. Pure serendipity.

Long story short: They contacted me and we jumped massive hoops to make it happen. After being on again and off again for three days, we taped Wednesday night.

If you tune in, you may wish to make a drinking game of it: a drink for every time I mumble, "um," or adjust my bra strap. (Surely they'll edit all that out??)
Posted by sherry stanfa-stanley at 9:25 PM 6 comments: 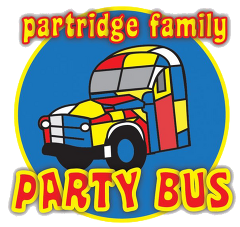 I'm excited to provide a tentative list of locations and events for the next leg of The 52/52 Project journey: The Stranger Party Tour of 2015 (beginning in November 2014). A few locations are yet undetermined, and several dates are pending--so be sure to subscribe to this blog by email and follow my Facebook page at https://www.facebook.com/The52at52Project!

Hoping to meet up with several of you for fun, adventure, and the always amazing experience of meeting new friends:

1) November 10 and 11—Orlando: Be sure to wear your elastic-waist pants as we eat and drink our way through every country around the world at Epcot. The next evening, we’ll burn off all those calories through nonstop laughter while playing Drag Queen Bingo: http://hamburgermarys.com/orlando/

2) December 6—Milwaukee: Come on, Get Happy, as we rent the Partridge Family party-bus for a pub crawl and sightseeing through Milwacky, Wisconsin! Along the way we’ll test our worthless knowledge with Silly Sitcom Trivia. Among the highlights is certain to be the requirement for each passenger to sing a TV show theme song at one of our stops. Just $25 to reserve your seat on the bus, with reservation information coming soon: http://partridgefamilypartybus.com/

5) March (Date TBD)—Austin: Now’s your chance to finally get over those pesky personal fears like acrophobia, claustrophobia, nyctophobia, and entomophobia, as we master the messy art of cave spelunking: http://www.cloud9living.com/austin/wild-cave-spelunking

6) April—Boston (Date TBD): Nothing here but old-fashioned fun in a slightly crazy new way, while we take part in an outdoor group scavenger hunt. The only caveat: If you’re on my team, be prepared to meet a brutal taskmaster. We’ll win this thing, or else: http://www.watsonadventures.com/public/location/boston/

7) May (Dates TBD)—Denver area: Join me for a night of séances and ghost-hunting at the haunted Stanley Hotel, where Stephen King penned The Shining. The next day, any survivors (or those who choose to forgo the ghost-hunt) will grasp hands and grimace our way across the Royal Gorge Bridge, the highest freaking bridge in the U.S.: https://search.yahoo.com/search?p=royal+gorge+bridge+colorado+walking&ei=UTF-8&fr=chr-greentree_ff&ilc=12&type=903578

8) June (Date TBD)—Cincinnati/Newport: If you’ve had a lifelong burning desire to roll around inside a human-sized hamster ball, here is your opportunity. Yes, apparently this is a thing. Barf bags not included: https://www.youtube.com/watch?v=2BpHJckNZns

9) July (Date TBD)—Toledo: Join me on the mighty Maumee River while we compete in the Partners in Education’s famously fun Dragon Boat Festival. Be prepared to show off your teamwork skills and your muscles. Word is, you’ll need to make up for a huge slacker in the boat.

10) August 13-16—Southern Ohio: We’ll join the fabulous Brittany Gibbons and a cabinful of friends we haven’t yet met, at Camp Throwback. Relive your best childhood experiences with traditional camp activities like archery or arts and crafts—updated for adult fun by drinking margaritas around the firepit. Tickets are on sale NOW: http://www.campthrowback.com/

11) September 19—Southern Indiana: No obstacle too great for those of us taking part in The Stranger Party Tour of 2015! Unless we’re competing in a Rugged Maniac Race. And then, all bets are off: http://www.ruggedmaniac.com/events/southern-indiana/

More details coming, so stay tuned. And please share with your friends. Hoping to meet up with many of you on the Stranger Party Tour of 2015!
Posted by sherry stanfa-stanley at 7:09 PM 3 comments: 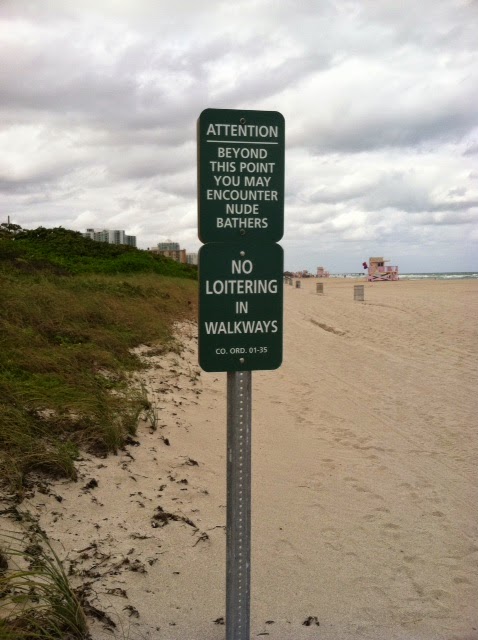 One of The 52/52 Project's most, uh, revealing stories was just published over at The Huffington Post. Hope you'll click over and check it out here!
Posted by sherry stanfa-stanley at 9:51 PM 2 comments: