With Jon Stewart leaving The Daily Show this week, I was reminded of the time I inadvertently saw him in New York City.

It was like a real-life version come true of that great party question, “If you could invite any three people to a dinner party…”

Here, thanks to a transcript I found online, were my favorite lines that evening.

Jon Stewart (the story about Mel Gibson’s anti-Semitic rant had broken that same day): “I was running a little late and I was talking to my friend Mel Gibson on the phone. He hopes that tonight's mishigas puts a smile on your panim.”

John Irving: Irving’s short talk was terrific, but the highlight was when he read a passage from A Prayer for Owen Meany, one of my very favorite books of all time. *swoon*

JK Rowling (on the perpetual female attraction to bad boys): “Oh you girls and Draco Malfoy. (She shakes her head.) You've got to get past this.”

Kathy Bates: “It’s no wonder at all why I have been asked to introduce the first author (Stephen King). After all, I am his #1 fan. I used to be the #2 fan up until about 15 years ago when a woman named Annie Wilkes came off the list and the top spot opened up.”

Stephen King (on what scares him): “How about standing in front of 6,000 people? And checking to make sure that you've zipped your fly. Everything scares me so I just try to turn it around. That's the best I can do, I mean. Elevators— they talk about power blackouts in New York and I get in an elevator and I think, ‘Oh my god!’”

Whoopi Goldberg: “Harry, Carrie, and Garp. Somebody maybe should have put them all together a long time ago. Did you know, if one of those boys from the Hogwarts School had asked that poor girl—you know, the one at the prom—if somebody had just asked that poor child out for a date, a lot of people would have been saved a lot of grief.”

What an evening. And so, the question begs to be asked: If you could invite three (or in this case, six) people to a dinner party, who would they be?
Posted by sherry stanfa-stanley at 5:29 PM 2 comments:

I haven't touched base here on the old blog for a while. Most of the action has been happening on my Facebook page, The 52/52 Project. I hope you're following along there, but I promise to spend more time here, too. Here's what's up:

Over the past three weeks, I’ve needed a dryer repair, a central air repair, new tires, and new brakes. All said, it totaled just short of a gazillion dollars. And Mercury isn’t even in retrograde.

It brought to mind a similar cluster a few years back. I had told myself then that I had to tighten my purse strings with a triple knot. I would allow no superfluous spending for three months.

Yet later that same day, I found myself in the middle of this conversation with myself:

Wednesday, 1:45 P.M:
Sensible Sherry: "So, that's that. If this spring's financial fiasco wasn't a wake-up call, this week's emergencies surely were. Broken rider lawnmower (beyond repair), car air conditioning (quoted fix of $600-$1,200), and central air (replacement costing $2,500), You need to make some significant changes in your life."

Stupid Sherry: "Yes, yes, you're right. I will change my lifestyle right now. I will start by playing the lottery every day and by switching to Natty Light beer."

Sensible Sherry (glaring): "What I mean is truly tightening your purse strings. No more eating out, no more vacations, and no more spending a fourth of your grocery bill on adult beverages."

Stupid Sherry: "Wow. You are a tough taskmaster."

Sensible Sherry: "I am. And from now on, you shall be my bitch."

Stupid Sherry (glancing around and whistling): "Who, me?"

Sensible Sherry: "Jesus. It's like I don't even know you."

Stupid Sherry: “But listen to this! Remember back in April, when I found that unbelievable deal for taking the Megabus to New York City? A round-trip ticket from Toledo for $4.50? Four dollars and fifty cents! I booked it right then, just in case I could make it work."

Sensible Sherry: "It WON'T work. Cancel it. And walk away from the computer."

Stupid Sherry: "But I just managed to change my bus reservation! Instead of spending three nights in Manhattan, I'll only spend one! Look at the money I've saved myself already!"

Sensible Sherry: "So, you will sit on a bus for 12 hours, stay in New York for a single day and night and then turn around and spend another 12 hours on a bus?"

Stupid Sherry: "Yes! What an adventure it will be!"

Stupid Sherry: "Can you believe my good luck? A hotel room, on Manhattan's lower east side, for only $100!"

Sensible Sherry: "Did you notice the fine print, about the 'shared bathroom'?"

Stupid Sherry (shrugging): "I won't shower for 48 hours. And I'll cross my legs."

Sensible Sherry: "What about bed bugs?"

Sensible Sherry: "Right. And what will you do in New York, with no money?"

Stupid Sherry: "Oh, there are tons of fun and free things! I'll visit the public library. I’ll walk through Central Park. I will pass by homeless people and learn to truly appreciate my life."

Sensible Sherry: "Mm-hmm. How will you eat?"

Stupid Sherry: "I plan to pack a bag of peanuts and six PB and J sandwiches in my duffle bag. And drink from public water fountains."

Sensible Sherry (closing eyes and shaking head): "You are so full of shit."

Stupid Sherry: "You’re right. Not realistic or practical. No, I’ll survive on $2 hot dogs from street vendors. And I will ask for extra mustard packets and make an entire meal out of them."

Sensible Sherry: "You need professional help. Although you can't afford that either."

Stupid Sherry: "Come on! How could anyone let a practically free trip to New York go unused? That's like telling Ed McMahon to go away when he shows up at your door with a giant check."

Sensible Sherry (checking dead-celeb dot com): "Ed McMahon died in 2009. If he happens to show up at your door, promise me you'll tell him to go away."

Stupid Sherry: "OK. But I am definitely going to New York."

Sensible Sherry (rolling her eyes): "Fine. Go ahead. Spend 24 hours squeezed into a bus seat and another eight hours sleeping in a frightfully cheap hotel."

Stupid Sherry: "Yes. Yes, I will. Sounds delightful. Jeez, you're such a worrier. I mean, with a great plan like this, what could possibly go wrong?"

Sadly, I found myself with a scheduling conflict, and I had to cancel that trip. I’ve made up for it with loads of amazing trips over the past few years. But this week I proclaimed another moratorium on traveling.

As I recalled that cancelled plan yesterday, however, I found myself curious about the going rate for Megabus tickets to NYC. I hopped online and randomly searched travel dates—purely for research purposes, of course. Round-trip fares were mostly in the $60 range. But then I spied it: a trip to NYC for $15 and a return trip for just $1.00. Round-trip from Toledo to New York for $16.

And, I then discovered if one was truly SERIOUS about a frugal roadtrip of this sort—which I wasn’t—one could still find a hotel near Soho with a tiny cabin room and a shared bathroom for $100 per night.

Within fifteen minutes, I had my room and travel booked. Two nights instead of one, because over the past few years I’ve grown far more practical. And I made certain my reservations were refundable, in the event my transmission dies in the next two months. Or in case I come to my senses.

I figured the long bus ride would allow hours of writing. An ultra-efficient use of my time, really. And the hotel/hostel commenters on the internet mentioned how interesting it was to meet other guests, while sitting out on the roof or the fire escape. Chalk up another fascinating life experience.

I planned a single year of strange new adventures, through The 52/52 Project, to be a mere one-off period in my life--before I returned to my regularly scheduled program. Yet, here I am.

I may need an intervention.

Are you a traveler or a homebody? What's the craziest thing you've done lately?
Posted by sherry stanfa-stanley at 8:56 PM No comments: 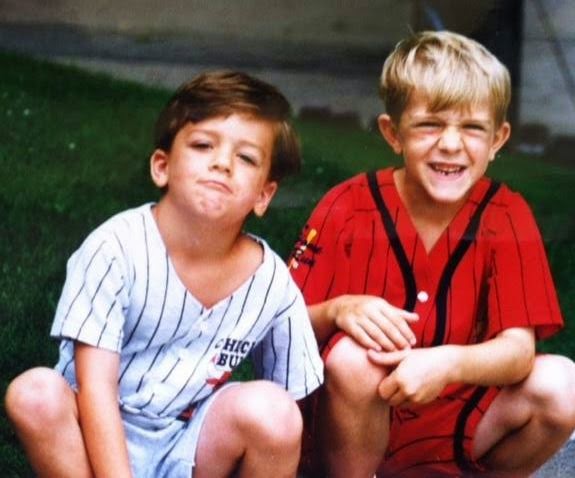 When I was a young mother, I grew skeptical of that so-called light at the end of the tunnel. Based on my life with two battling boys, I knew it would be just another freight train barreling through.

My newest story on Huffington Post offers hope for all you war-torn parents: