Birthday Wishes--For You and for Me 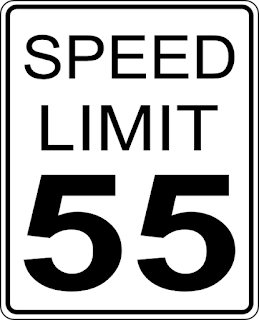 Someone we know will turn 55 tomorrow. Yeah, that's me.


I may not exactly embrace this newest number, but I sure as hell won’t run from it either. I plan to face it through a steely eyed stare-down and then show it--and whatever follows it--who’s the freaking boss.

I hope you'll all join me in making this next year of our life all it can be. After all, we're each in charge of our own story. We can fear the next chapter--or we can view every experience and every year as a bookmark, before turning the page to see what's next.

What is a birthday but a day to celebrate life? Especially a life reimagined.

Imagine your life story the way you wish it. And celebrate every chapter you write, every step you take, to make it so.

Bring it on, 55. You have great stuff written all over you.

Birthdays: Something you celebrate or not? What was the favorite birthday gift you've ever received? How will you make this year the best chapter in your life?

Posted by sherry stanfa-stanley at 9:12 PM No comments: 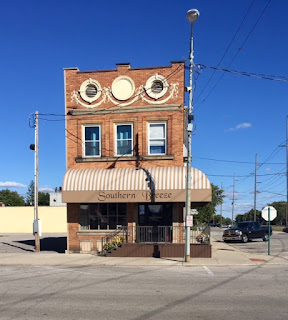 Thirty years can pass, and a single image takes you back like it was yesterday.

In my first job out of college, I worked as a reporter and photographer for a twice-weekly county newspaper in rural Northwest Ohio, about thirty miles from my hometown. At the age of twenty-one, I didn’t much appreciate the small-town atmosphere: one bar (that closed shortly after I moved there), no movie theater, and a seemingly different mindset than my own.

I worked long hours and was often on call. I covered barn fires in the middle of the night, tedious county commissioner and school board meetings, and news that often didn’t seem like news at all.

My first apartment was on the second floor of an old downtown building, above a realty shop operated by my landlord. Located next to a busy railroad track, the building shook every time a train passed. The train horns and subsequent rumbling along the tracks were so loud that I had to pause all phone conversations and wait for the train to pass.

My rent was $125 a month, including utilities. It was a fortunate bargain, considering I made $9,000 a year.

For the first time in years, I revisited Wauseon, Ohio, last weekend. I had volunteered to register voters, and the offices in Wauseon and west Toledo were equal distances from my current suburban home. I decided the tiny office in Fulton County could probably use my help.

I drove in early, figuring I’d scope out the area. While stunned by the new restaurants and stores lining the main highway into the town, I found my memory easily led me toward downtown.

I had heard the building that housed my very first apartment had been lost in a fire. So as I turned onto Fulton Street, I hit my brakes when I spied a familiar building across from me. Apparently the connecting structure, as apparent by a now vacant lot, had burned down. But the remaining narrow brick building, with the windows of my apartment looming above, still stood.

I parked and stood outside to gaze at it. In mere seconds, I was once again a twenty-one-year-old new college graduate.

It’s strange how the years render the past so hazy, but a single image sharpens your memories in other ways.

In that very first apartment, I learned to live on my own.

Over my next year and a half at that job, I sharpened my writing and interviewing skills. I learned to master the feature story and was told I had natural photography ability. I was taken far outside my comfort zone when I was sent out to cover a story about the dog warden and another one about Fulton County’s first murder in twenty years. That murder was never solved, and it was recently cited as possibly being linked to a very recent murder in the same county—by a potential serial killer.

I learned quite a bit about time management and meeting a deadline, skills that have aided me not just in my career but also in my personal life.

When I look back over all my life’s experiences, I realize that first apartment and job helped forge the path for a creative and independent life.

I didn’t truly appreciate their value back then.

But sometimes it takes three decades—and a virtual glimpse of your past—to understand and appreciate how much one place and one short time period in your life, has played a part in your life.

When I envision how I am who I am, I will now picture this.


What images have taken you back? What was your first real job? Why are you who you are?
Posted by sherry stanfa-stanley at 9:29 PM No comments: 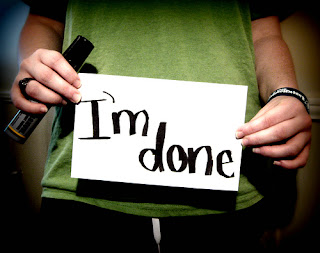 Throughout this election, I have tried desperately to avoid posting political views on my Facebook page or my blog.

I am on Facebook and the Internet for enjoyment and enlightenment, not argument. By nature, I’m a peacekeeper. I also am a writer, with my first book being published next summer. This clearly is not the time for me to alienate friends or potential readers.


But I can no longer stay silent.

I don’t think this man represents the ideals or beliefs the Republican party has always stood for. If John Kasich or Paul Ryan were in the running, I would not be writing this. And we would not be witnessing such a division in the Republican Party, with countless and prominent members who have chosen to no longer support him.

I don't believe this man represents family values. I can’t fathom that being married three times, and by all accounts cheating on his first two wives with his next two, makes him a better Christian than a woman who stood by her unfaithful husband through a 40-year marriage.

I don’t think this man, who represents a platform that is “pro-life,” values the lives of the many people he demeans and disrespects. If he is elected, I fear how many lives around us might be lost in other ways.
I don’t believe this man is simply saying what people are thinking. I think he has simply tapped into the anger of people who are unhappy with the status quo. I understand the concept of discontent. I agree that change can be good. But different is not always better.

I tend to be a positive and happy person. This campaign and its polarizing effects have saddened me. But mostly, I am alarmed and frightened by the possibility of the outcome.

If this post prompts readers to unfollow me, and if I sell 100 or 1,000 less books because of it, I can live with that. I am not so certain I will survive four years under the reign of someone I feel is so unfit to lead our country.

I don’t expect to change any minds with my words, and I don’t care to entertain any debate in these comments. I am stating my beliefs and I will leave it at that. Because I can’t stay silent any longer.
I am better than that.

And I believe we are better than this.
Posted by sherry stanfa-stanley at 6:47 PM 2 comments: 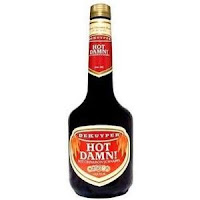 I just sent my final manuscript for my book about The 52/52 Project (title pending), which will come out in August 2017, off to my publisher.

Please join me in shouting "Hallelujah" or else screaming "What the hell have I done?"

When's the last time you were simultaneously relieved and freaked as hell?
Posted by sherry stanfa-stanley at 9:45 PM No comments: