Of Kindness and Compassion

I lost another member of my fur family this week. Those of you who have loved and lost a pet understand how difficult it always is.

A few years ago, a friend referred me to her coworker, Katie, a teacher who pet-sits on the side. Katie's amazing care of my menagerie has enabled me to enjoy all of the traveling I've done for adventure, research, and book promotion.

After my other cat, Cubby, and Ringo the Wonder Retriever were both diagnosed with terminal illnesses in the past month, I told Katie I was putting the rest of my book tour on hold. Because this past weekend's events were pre-planned and all the animals seemed stable, I told her I felt confident taking this one last weekend trip.

But Katie called me on Sunday, when I was two hours from home, to tell me Sammy had unexpectedly gone into distress. She offered to take him to the emergency vet. Based on his condition, we both knew how that would likely end--yet, if necessary, she was willing to handle this surely agonizing appointment. When she reassured me that she didn't think he was in much pain, we decided to wait until I got home so I could take him myself. (The vet later told me confidently that the lapsed time would not have made a difference in the final outcome.)

When I got home, I found Katie sitting next to Sammy on my living room floor. She had covered him with a blanket to keep him warm and comfortable. She had been sitting there, soothing him and talking to him, for two hours.

Kindness takes many forms in life. Sometimes it's a consoling comment from a Facebook acquaintance. Other times, it's a friend who goes above and beyond--as difficult as it may be in an emotionally challenging situation--because she is loving and giving and compassionate.

I am so grateful, and it has inspired me to try to be that kind of person.

Kindness and compassion may not solve all of the world's problems--but surely they are at least a major part of the equation.
Posted by sherry stanfa-stanley at 8:22 PM No comments: 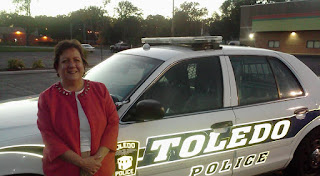 I just came across this piece I wrote, just a few months into The 52/52 Project--the journey that would eventually become my book, Finding My Badass Self: A Year of Truths and Dares.
The message was something I made sure to emphasize in my book. But I believe this says it well:
My second voice lesson was scheduled for this evening. Unlike last week’s lesson, which focused on breathing techniques and scales, tonight I would actually have to sing. An entire song or two. By myself. In front of a near stranger.
Early this afternoon I got a call from my instructor. I felt a huge rush of relief when I heard her voice, certain she was calling to cancel. Instead, she said she had another commitment and wondered if I could come just a bit earlier. Rather than postponing or indefinitely cancelling this experience that I so dreaded, I’d be facing it a half-hour sooner. My stomach literally churned.
I relayed this story to a friend in my office.
“You should mention that on your blog and Facebook page,” she said.
I shrugged. “Hmm. OK, maybe.”
“No, I mean it. I think sometimes with your humor and your nonchalant quips, people don’t realize you’re actually afraid of some of these things you are doing.”
Really? Was this possible? In the snippets I've posted online, have I somehow come across far more carefree and courageous than I am? In the name of humor or a poignant story, have I minimized or even omitted the fears and anxiety that have accompanied several of these experiences?
As I’ve mentioned before, The 52/52 Project is about venturing outside my comfort zone. And with that, my friends, has come more than a bit of fear.
Sometimes it’s been manifested in small twinges of trepidation. Other times, I’ve felt a heaving sense of anxiety. Fear takes many forms, depending on its source and the particular situation.
Some of my experiences have entailed the fear of fear. Strange how you can talk yourself into being more afraid by focusing on how horrifying something is likely to be. Case in point: A Brazilian wax.
I’ve been terrified of the resulting repercussions. How could I protect myself on a police raid, if I suddenly found an escaping suspect’s gun aimed at me? As the SWAT team and vice squad stormed the front porch, it hardly seemed far-fetched. My blood pressure has never hiked so high.
I’ve feared failure, especially when an experience has involved my talents or skills—or lack thereof. My belly-dancing class was a hoot, in retrospect. But in the days leading up to the class, and in the midst of stepping right when everyone else was pivoting left, my frustration mounted. The fear of proving inept—and of being judged as inept by someone else—may be the primary factor that holds most of us back from trying anything new. I know it was the underlying reason behind my volatile stomach before tonight’s voice lesson.
Most of all, I’ve been afraid of not being able to follow through. When it finally comes down to it, will I truly be able to stand up on a stage and entertain a hundred people? I’ve gone over this scenario countless times: If my heart palpitations don’t kill me first, surely the stone-faced silence of the audience will. And what of the fear of not seeing this project through to the very end? Of not finishing the book I’m writing? Of not seeing it published?
Yet, with each new experience these past four months, I have grown braver. Just a touch. I shrug things off more easily now. I’ve learned I can endure some things I never before would have dreamed of facing. I doubt anyone ever becomes desensitized to the anxiety of going outside their comfort zone, but each success—and even each failure—has taught me I just might be capable of facing the next.
Any challenge is filled with ups and downs: a full array of emotions. Those include fear. If we never feel afraid in life, we probably haven’t pushed ourselves far enough.
The fear of facing new life experiences, if we're fortunate, is ultimately replaced by a sense of self-satisfaction and joy. And even if we fail, maybe we succeed simply by trying.
I have doubted myself and felt afraid through many steps along this journey..
But I’m afraid I also have never, ever had so much damn fun.


What are you most fearful of? Have you ever talked yourself into being afraid? What was the most frightening experience of your life that turned out far better than you anticipated?
Posted by sherry stanfa-stanley at 6:41 PM No comments: